I know, everybody wants to see the solar stats.

I started the day looking at the DRZ, as it won't run without the choke.  I'd hoped it was an air leak that I could easily fix, but it looks like the jets need cleaning.  Oh good, I get to try and take the carb out again.

Randy came and picked me up (because the van won't start until I replace the gearbox safety switch) and we went to the airport to fly to Auburn to meet everybody for brunch.  It was pretty busy getting in there, so I did an orbit to let a couple of people get on the ground before me.

Afterwards, we flew down the North fork of the American River canyon, then back up the South for a ways before heading home. 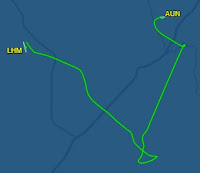 I had intended to look at the DRZ carb, but meh, I wasn't feeling it by the time Randy dropped me home.

Chris had asked to meet at the airport to change the front tyre on his gyroplane, so I headed out early to send in our taxes, then picked Randy up on the way.  The wind at Roseville was pretty blustery:

Lincoln was, if anything, worse, so Chris decided not to come over.  No worries, we loaded all the crap into the van and drove over to him.

We got there just after he'd finished changing the tyre (I said it was either going to be a 5 minute or a 2 hour job - it seemed it was the former).  We went out to lunch, then worked on his brakes when we got back, rebuilding a master cylinder and bleeding them up again.  While he was under the plane pumping up the brakes, Chris noticed an oil leak had been coughing oil all down the underside of the plane, so we took the cowling off and looked at the engine - the valve cover gasket on one cylinder was leaking, so I took the cover off and found it a little bent.  And the gasket was split.  We straightened the cover as best we could and put a new gasket on to hopefully allow Chris to fly while waiting for new covers to come in.

On the way out of Cameron Park, we stopped to talk to Don and see his new flight simulator.  When we got back to the van, it wouldn't start.  We pushed it out of the way, and I started tinkering.  I suspected the gearbox safety switch, and pulled the gearbox covers out.  At first glance, it looked fine, but jumpering around the switch got the van to start.  I dropped Randy home, then drove home without turning the engine off.  Looking into it properly when I got there, I found the wiper part of the switch was worn out.  As in a new wiper: 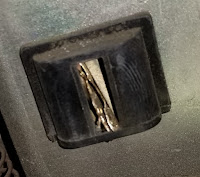 I picked Randy up on the way to the airport, and we flew up to Auburn to meet Chris for brunch.

It was Chris' birthday, so I brought him a birthday (cup)cake - it was all I could fit in the storage cubby in the plane :o)

Bill and his son Willy from Lincoln met us in his RV-6 - he could be moving in to our hangar when Larry's Remos leaves any second now.

As Chris had brought a bunch of cameras, we decided to run down the American River on the way home :o) 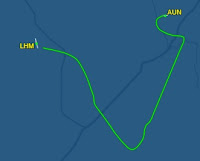 As always, Big Brother can's see up below the rim :o)

I threw together a couple of videos...

I went to the airport for the Display Day, and stood around talking to people about the plane for a while.  As it was winding down, I took the plane out for a potter around.  I circled over the house, but nobody came out and waved, then went and flew up Coon Creek towards Auburn, then down Bear Creek and along the Camp Far West Lake Reservoir before heading back to Lincoln.  It was a bit bumpy under the clouds, and they were clearing up by the time I headed home.  Obviously. 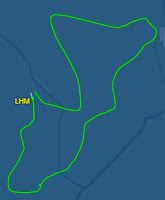 Well, my day got a little brighter by reading about people saving cold stunned turtles in Texas :o)

In the evening I went to the EAA member's Zoom meeting.  Yay.