We went to the airport and helped out for the Young Eagles event.  Chris had come over from Cameron Park, and we started off slowly - we were the last to be hooked up with passengers, as we wanted people with jackets while it was colder, and sunglasses to protect the eyes.  Still, after that we were really busy, I believe I flew 8 times, including one of the parents (he's been bringing his daughters to events for a few years, and we were in the calm between storms), and one of the volunteers I was going to fly last year when the oil leak occurred. 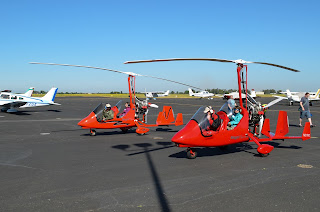 When we got home, we were both too tired to do anything, so we watched "Deadpool 2" and had an early night.
Posted by Dug at 8:02 AM