I'd managed to get an invitation to the BMW i3 launch event at Roseville, so we went over and took a look at those.  They're interesting to drive, as when you take your foot off the gas, it starts regenerative braking.  I think I only used the brakes a couple of times on the test drive.  I like it, and would probably go for the middle of the range "Giga" version, as the cloth seats seem more practical in this climate.  I wanted to see the range extender in action, but they're not around just yet.

On the way home, we did some shopping, and got some pots and a dragon statue for the garden.

We then watched "Gravity", which was a good movie.  I did wonder if they ever found her though :o)

Later, I went to Lincoln and changed the spark plugs for the plane, and re-routed the cylinder head temperature gauge probes, as one of them still seems to read stupidly high some times.  I took the plane out for an hour or so, and if the gauge is to be believed, one cylinder still seems to read a fair bit higher than the other one - not into the red though, so I'm not overly worried yet.  I think it needs a new probe.

When I got home, I threw the pictures I have into a couple of timelapses: 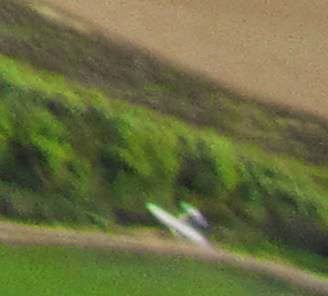 While I was up, I saw this, and from a distance, it looks like a crashed plane.