I took the afternoon off and went to the local FAA FSDO (almost running out of gas on the DRZ on the way there) to sort out my airman certificate, only to be told that I didn't need to do anything.  At all.  Oklahoma should have just sent me a new plastic license, having billed me the princely sum of $2.  I've decided to not work out how much time and money I've spent on this - I'll just have them send me a replacement license.  I'm thinking I'll press on with the "get a local license" plan though, as I was under the impression that this would get me a local license, rather than a local license based on my UK license (which is what I'd told Oklahoma I wanted).

When I got home, my new KVM switch had arrived, so I spent a little time setting it up and testing it, then tearing out the 2 old switches (the one that didn't see my keyboard looked after the audio, and the one that didn't have audio looked after the keyboard and mouse, and neither switched video as I don't use VGA any more).  I now have one monitor that uses the switch, and is fed by DVI, and the other is fed by DVI from my work laptop, and HDMI from my desktop, and both switch at the touch of the magic button.  The mouse didn't work at first, but putting the mouse in the keyboard USB, and the keyboard in the mouse USB has fixed that.  It means I can't use the keyboard shortcuts, but why would I bother when I have a (lit) button? 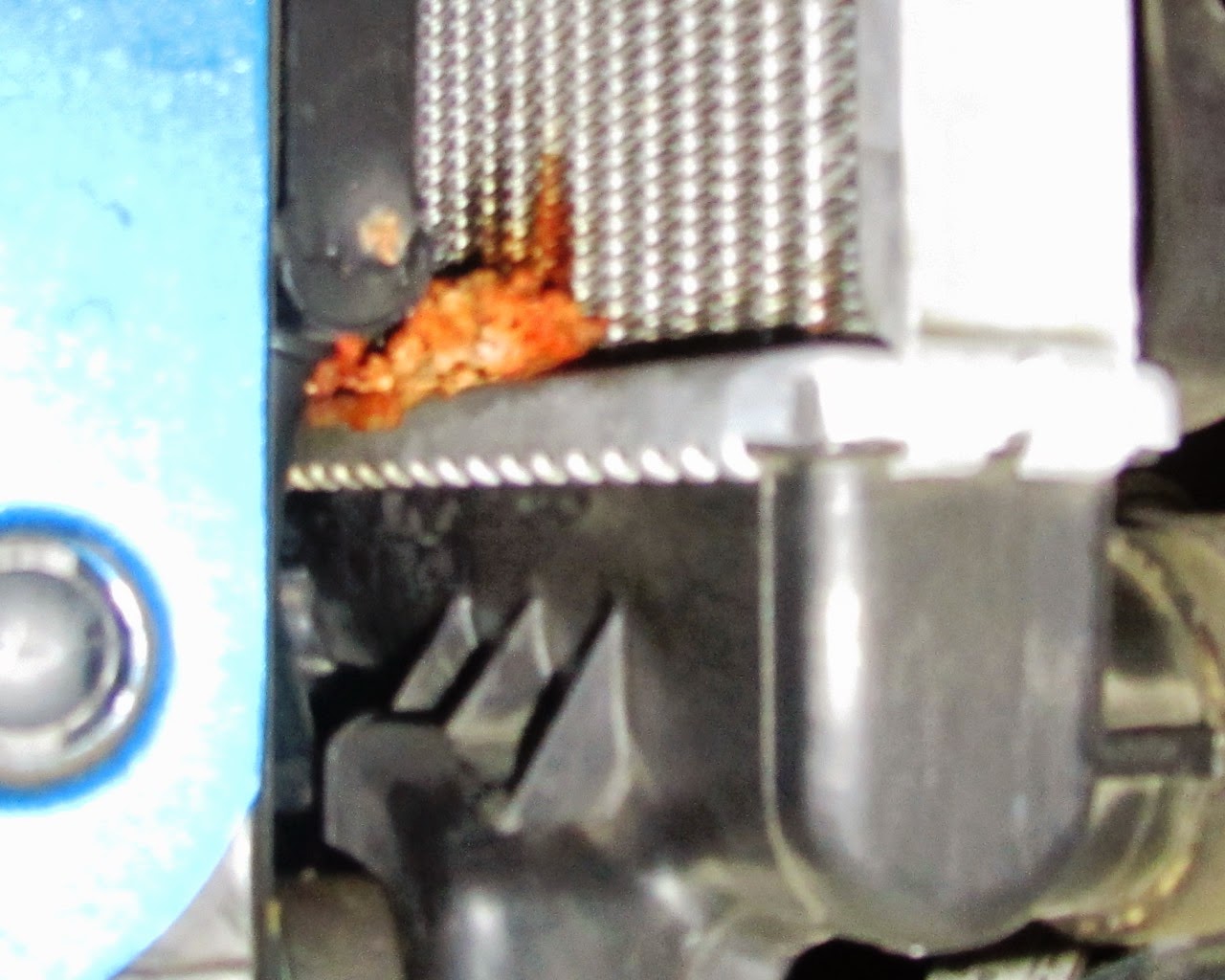 I investigated a puddle of red liquid under the Jeep, only to find that it looks like it needs a new radiator - it's been leaking for a while, from what I can tell.  Still, the heater has been working, so there's some liquid in it, at least.  FML.