I picked Shane up and headed to the airport, where we met Randy and Henry and flew to Willows.  It was a bit of a cluster... Randy had been playing with the balance screw on his rotor, and left it so unbalanced that he turned back to adjust it again, leaving us to press on as we were supposed to be meeting a guy out of Petaluma at 13:00.  And he bailed out while we were in the air, apparently.  So after being battered by turbulence for over an hour, we got there and waited for Randy to arrive. 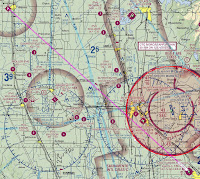 After lunch, we flew back via the valley to the West that's where they're going to be building the Sites Reservoir.