We bought some dog food a couple of weeks back, and it had a bunch of maggots in it.  We know this now, because we spent the morning clearing out the pantry and throwing things away clearing them out.  We went out for a couple of shopping items, and I thought we'd drop in and tell Petsmart that they have a problem.  The manager was very "whatever" when I didn't have the receipt or the dog food, but I wasn't trying to get a refund, I was trying to tell them that they have a problem that they should look in to.  Whatever.

We went and looked at the Honda motorcycles, just so Vic could be sure that she didn't want one (she didn't), and then we went and looked at the electric Fiat 500.  We took it out for a test drive (in the rain), and I managed to spin the wheels up pulling away from a traffic light.  It's an interesting car, but I'm still wanting to look at the BMW i3 when that becomes available. 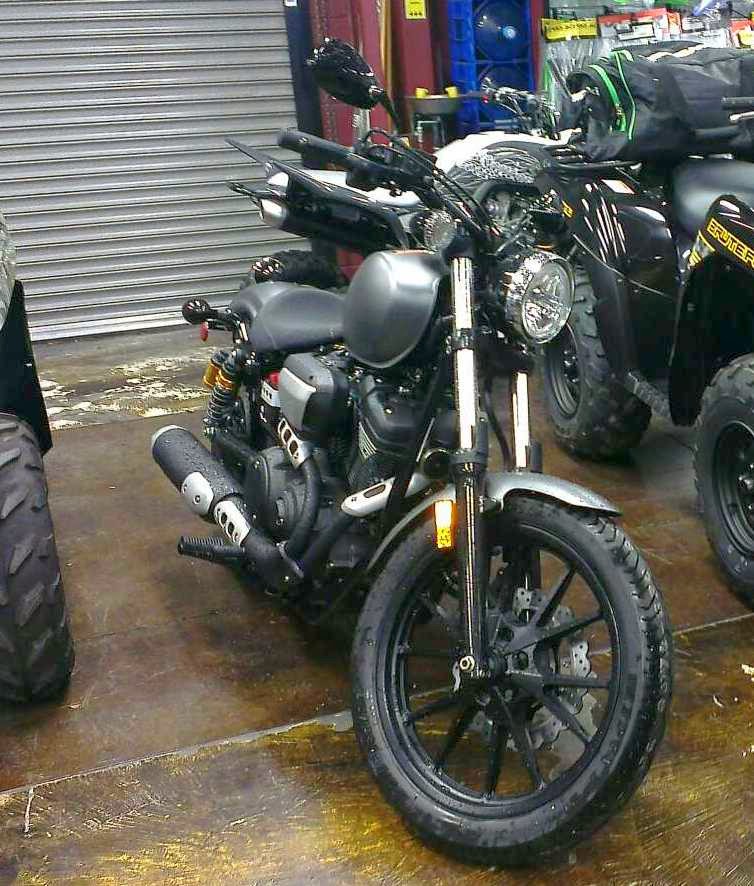 We stopped in at the Yamaha dealer to see what was going on with Vic's bike, and it had just been delivered.  It was sitting outside in the rain :o)  Jake, the sales dude, pulled it inside, and we wiped some of the rain off so Vic could coo over it.  We started doing the paperwork to finish off the purchase, but they didn't want to pay Visa 3% if I put it on my credit card, and I didn't have my cheque book with me.  Eh, we'll get it sorted out next week.

When we got home, Vic found the receipt for the dog food (it had a $5 coupon on it, so I'd given it to her), and we pulled the bags out of the bin, and she took it back to Petsmart.  She was showing the manager where we'd got the food from, and sure enough, the bags still on the shelf had maggots on them.  Apparently they're going to do something about it now.  They'd obviously ignored everything we'd said previously.  Still, she did give us a store credit for the cost of the dog food (as Vic declined to bring more bags home with her).
Posted by Dug at 8:51 PM