A new month, so new stats:

I started the day at the airfield in the fog, thankfully not having to cook for once - Scott, Shirl and Amy were cooking burritos.  John and Jana came up to see the airfield, and by the time they got here the fog had burned off.  We walked about looking at things and stuff and meeting people.  Then I took Jana out for a flight in the plane - I believe it was her first flight in a little plane. 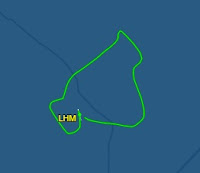 When we got back, Chris arrived in his RV-6A.  John and Jana headed home, and Chris, Randy and I flew up to Auburn for lunch - my first out landing of the year :o)

I had been thinking about playing around on the flight back to Lincoln, but it was looking a little hazy, so I just went home.

In the evening, we watched "Alita: Battle Angel".
Posted by Dug at 1:07 PM