Vic took Tilly to the dog park, and she ran until she started to fall over.  I had to lift her out of the van when they got back, and she (Tilly) spent most of the day lying in the same spot, sleeping.

Randy suggested we fly, rather than drive over to meet Chris for lunch, so I picked him up and we headed over there.  The visibility was actually better than we've seen for a while - there was a layer of crap at around 750', but once we'd flown through that, we could see Folsom Lake. 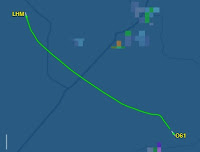 He'd finished putting the patch on his fuel tank, so we went for lunch, then flew back to Lincoln.  The visibility hadn't got any worse, and we could see the casino from the lake. 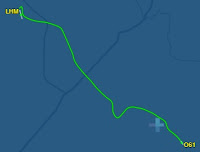 When I got home, Tilly was all kinds of sore, so we spent the evening helping her out to the garden and suchlike.  Has she learned not to overdo it?  I very much doubt it.